How wealthy is Shah Rukh Khan? What is his salary? Find out below:

Shahrukh Khan’s net worth: Shahrukh Khan is an Indian actor, film producer, and TV personality who has a net worth of $600 million. Often called the King of Bollywood, Khan has appeared in more than 80 Bollywood films.

Early Life: Shahrukh Khan was born November 2, 1965, into a Muslim family in New Delhi, India. He prefers his name to be written out as Shah Rukh Khan and is commonly called by the acronym SRK. His father had several business ventures including a restaurant, and the family lived a middle-class life in rented apartments. Khan went to St. Columba’s School, in Rajendra Nagar where he excelled in football and hockey and received the school’s highest honor, the Sword of Honour. Initially, Khan wanted to pursue a career in sports, however, due to a shoulder injury, he could no longer play. Instead, he acted in stage plays and received praise for his imitations of Bollywood actors.

I don't like the trappings of stardom. I wear the shoes and the Dolce & Gabbana, because I'm told to. But I'm not trapped by it. 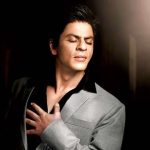 Even though I am fantastic looking, I am still quite intelligent.

There is no right time and right place for love... it can happen any time.

Some people say, 'Shah Rukh, you work so hard. Why don't you sit back with a glass of red wine or go out on the terrace for a smoke?' But that's not me.

My life may seem glamorous from the outside but off screen it's as ordinary as anyone else's.