How wealthy is Pedro Pascal? What is his salary? Find out below:

Pedro Pascal Net Worth: Pedro Pascal is a Chilean-American actor who has a net worth of $10 million. He started his career with various guest roles on a number of television series during the 90s. As the years went by, Pedro eventually made his mainstream breakthrough in “Game of Thrones.” Further roles soon followed in series like “Narcos” before Pascal truly became a globally-recognizable figure after a starring role in “The Mandalorian.” The Disney+ series put Pascal on the map, and he is now known around the world as “Mando.”

Career: Pedro started his career with a number of television roles during the 90s. He appeared in shows like “Buffy the Vampire Slayer” during this period. During the 2000s, he appeared in shows like “The Good Wife,” “Homeland,” “The Mentalist,” and “Law & Order.” In 2013, Pascal started to gain more prominence with starring roles in shows like “Graceland” and “Game of Thrones.” In the HBO series, he played a character known as “The Red Viper.” In 2015, Pedro’s career took another step forward when he booked the role of a DEA agent in the Netflix series “Narcos.” That year, he also booked a notable film role in the vampire flick “Bloodsucking Bastards.” He finished off a successful year with a co-starring role in the music video for “Fire Meet Gasoline” alongside Heidi Klum.

Do you also want a net worth like that of Pedro Pascal? Here are some inspiring Pedro Pascal quotes that might help you boost your net worth:

I'd asked for things like the 'Footloose' soundtrack and Michael Jackson's 'Thriller' for my birthdays, but I remember walking what felt like miles to this cassette shop called The Warehouse to buy Paul Simon's 'Graceland,' U2's 'Joshua Tree' and a Roberta Flack album. I had pretty good taste. 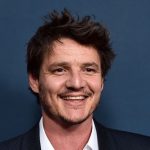 I had a really hard time in Orange County. I was a nerd. I was watching foreign cinema when I was 13 and talking about how 'Hope and Glory' should be a foreign film.

My family is Chilean, and I was born there. By the time I was four, we were living in San Antonio, Texas, and I just remember picking a blue bonnet and getting yelled at by some guy with a sheriff hat and a badge. I was traumatized. He told me it was the state flower, and I wasn't supposed to be messin' with it.