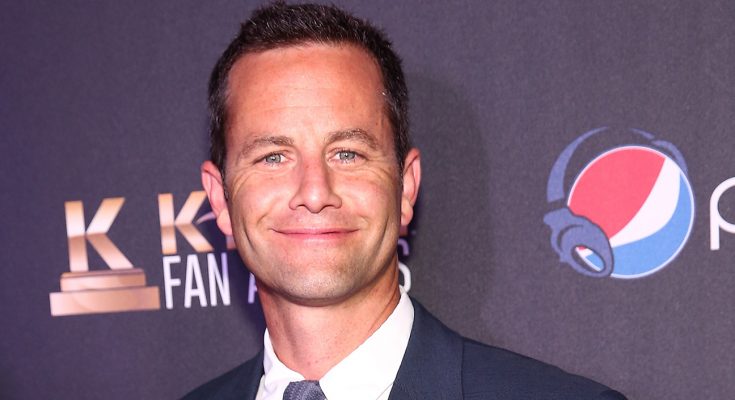 How wealthy is Kirk Cameron? What is his salary? Find out below:

Kirk Cameron net worth: Kirk Cameron is an American TV and film actor and producer who has a net worth of $10 million. Best known for his appearances on the popular television show Growing Pains, Cameron has amassed a long list of credits throughout his career. He was undoubtedly one of the most recognizable faces of the 80s and early 90s. Today Kirk and his wife Chelsea Noble are probably better known for their evangelical Christian beliefs and practices. Kirk and Chelsea are the co-founders of The Firefly Foundation which runs a summer camp for terminally ill children and their families.

Early Life: Born in Los Angeles on October 12th, 1970, Cameron was always in a good position to succeed in the film industry. He was also not the only member of his family to go into acting, as his sister Candace Cameron Bure also enjoyed a successful career in this industry. As early as age nine, Kirk Cameron was booking acting roles. His first major gig was a cereal commercial, and he quickly expanded his resume by age 13 to include roles on shows like Two Marriages.

Do you also want a net worth like that of Kirk Cameron? Here are some inspiring Kirk Cameron quotes that might help you boost your net worth:

That's what a family is: a whole bunch of people coming together.

Getting into Heaven is not something you can earn or deserve. God makes that really clear in the scriptures.

We all have our convictions formed by different things, and mine are informed by my faith, they're informed by the Word of God, and I found that to be an anchor for me, a compass and a guide for me. When people start bullying one another and calling each other names for those different convictions, then I think you get into problems.

God makes it really clear that society and civilization is really held together by the glue of families... When a man and a woman come together and say 'I do,' they are committing for a lifetime to love each other and to model what love is and what forgiveness is and what joy is to their kids.

Some of our kids are adopted and some kids are natural-born - I forget which ones are which. Family's just amazing. We think that of everything that we could do in the world... if you don't take care of your family and raise your kids, you lose.