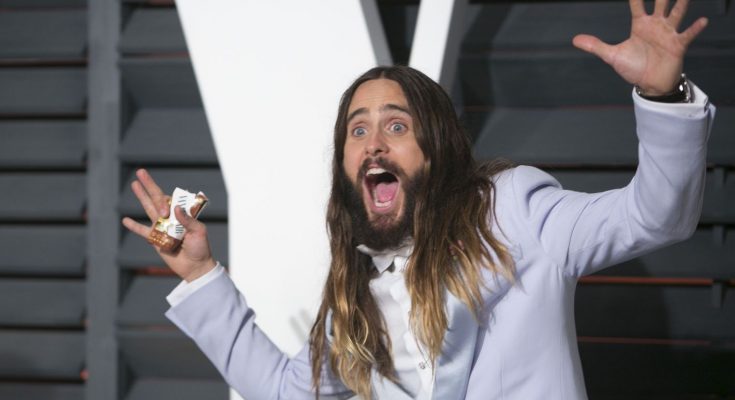 How wealthy is Jared Leto? What is his salary? Find out below:

Jared Leto Net Worth and Salary: Jared Leto is an American actor and musician who has a net worth of $90 million. He first rose to fame for his portrayal Jordan Catalano on the teenage drama “My So-Called Life” (1994 – 1995), and he has starred in several notable films, including “Prefontaine” (1997), “Fight Club” (1999), “Girl, Interrupted” (1999), “Dallas Buyers Club” (2013), and “Suicide Squad” (2016). Leto has won dozens of awards for his work, including an Academy Award and Golden Globe for “Dallas Buyers Club.” In addition to his acting work, Jared has performed lead vocals, guitar, bass, and keyboard in the band Thirty Seconds to Mars since 1998.

Early Life: Jared Leto was born Jared Joseph Bryant on December 26, 1971, in Bossier City, Louisiana. His parents, Constance and Anthony, divorced when Jared was young, and he later took his stepfather’s surname; Anthony died by suicide when Jared was 8 years old. Leto has an older brother, Shannon, a half-sister, Jamie, and 2 half-brothers, Mateo and Matthias. Leto lived in several places during his youth, including Colorado, Wyoming, and Virginia. His mother was involved in the hippie movement and encouraged creativity in Jared and Shannon, who began playing music together. Leto dropped out of school during his sophomore year, but changed his mind and finished his high school education at Washington, D.C.’s Emerson Preparatory School. After graduation, he originally enrolled at Philadelphia’s University of the Arts but later decided to study filmmaking at NYC’s School of Visual Arts.

Do you also want a net worth like that of Jared Leto? Here are some inspiring Jared Leto quotes that might help you boost your net worth:

When you make music, you're in really direct contact with your fans out there, so you hear all kinds of stories. 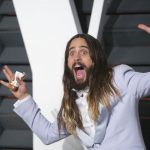 I was raised around a lot of artists, musicians, photographers, painters and people that were in theater. Just having the art-communal hippie experience as a child, there wasn't a clear line that was drawn. We celebrated creative experience and creative expression. We didn't try and curtail it and stunt any of that kind of growth.

It was a real honor to be able to work with someone like that that I've been watching since I was a kid. I mean, to play his brother left some people scratching their heads but something about it really worked.

I think that to explore the uncomfortable and the politically incorrect is the job of the artist.