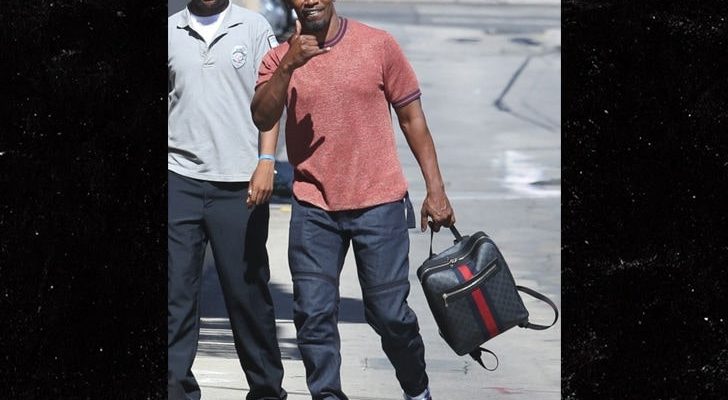 How wealthy is Jamie Foxx? What is his salary? Find out below:

Jamie Foxx net worth: Jamie Foxx is an American actor, producer, singer and comedian who has a net worth of $150 million. Jamie is one of Hollywood’s most sought-after and highly paid actors. He is a multi-talented actor, singer, writer and producer.

Early Life: Jamie Foxx was born Eric Marlon Bishop in Terrell, Texas on December 13, 1967. Shortly after he was born, Foxx was adopted and raised by his grandparents Esther Marie and Mark Talley. His birth parents were not part of his upbringing, and he had little-to-no contact with them growing up. Despite a very strict Baptist upbringing, Jamie credits his grandmother’s influence on his life for his career success. He began playing piano at age five and was already popular for telling creative jokes to his class in elementary school. Foxx received stellar grades, played basketball, and was the quarterback for the football team at Terrell High School. He got a scholarship to United States International University and studied musical and performing art composition.

Do you also want a net worth like that of Jamie Foxx? Here are some inspiring Jamie Foxx quotes that might help you boost your net worth:

Then I was playing the piano at eight, and that helps you learn about women because most of the people I was playing for were women.

When you sing R&B songs in front of an audience, you look out and there's 85% women. I think R&B music is sort of designed for a man singing to a woman. I don't sing it like the sexy thing, but sort of pseudo-sexy. We rally the women together because it's about being independent and things like that.

Man, after all my grandma put into me learning the piano, that was a hard day, telling her I was telling jokes for a living.

I don't know if I'm built for marriage.