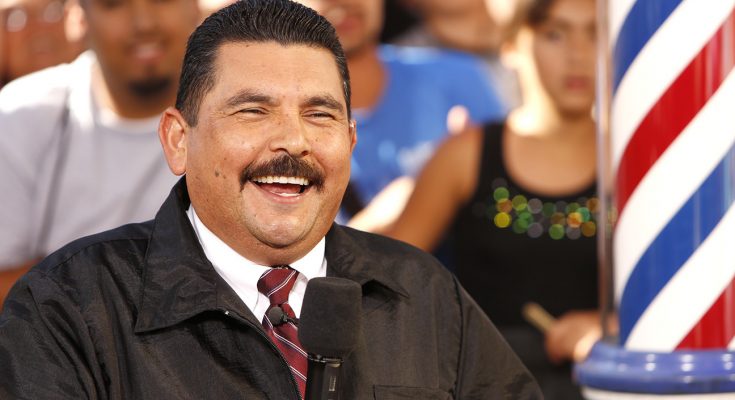 How wealthy is Guillermo Rodriguez? What is his salary? Find out below:

Guillermo Rodriguez net worth and salary: Guillermo Rodriguez is a Mexican American talk show personality who has a net worth of $2 million. Guillermo Rodriguez earned his net worth through presenting segments of ABC’s late night talk show, Jimmy Kimmel Live! Guillermo Rodriguez was born on January 27, 1971 in Zacatecas, Mexico and has been a resident of California for more than a decade and a U.S. citizen since 2005. Guillermo’s favorite things are watching soccer on TV, Mexican food, Italian food, and his two Chihuahuas Pepe and Paco. Rodriguez was working as a parking lot security guard on Hollywood Blvd before becoming famous. He soon became a regular on the show after performing various comedy bits. He progressed on to interviewing celebrities on the red carpet. Guillermo is well known for his segment, Guillermo’s Hollywood Roundup. In this segment, Guillermo is dressed in a cowboy outfit and often report incorrect information due to his strong accent. Guillermo is featured in another popular segment called Guillermo in Movies where he is superimposed into the latest movie trailers. Some of the movies he appeared in included, Brokeback Mountain, Spider-Man and The Simpsons Movie. Jimmy Kimmel’s sidekick has also made appearance in the 2009 film, Rock Slyde and on Dancing with the Stars back in 2005.