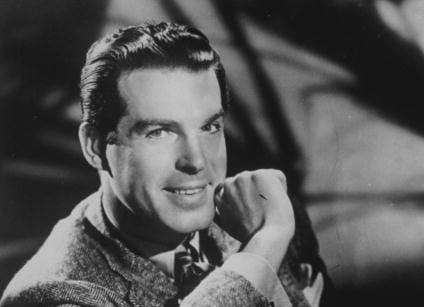 How wealthy is Fred MacMurray? What is his salary? Find out below:

Fred MacMurray Net Worth and Salary: Fred MacMurray was an American actor who had a net worth equal to $150 million at the time of his death in 1991. Fred MacMurray was born August 30, 1908 in Kankakee, Illinois. During his career, which spanned nearly half a century (1930 through the 1970s), he appeared in more than 100 movies as well as many highly popular television series. Fred was probably best known worldwide for playing the role of Steve Douglas, the widowed patriarch on the TV series “My Three Sons” which ran on ABC from 1960–1965 and then on CBS from 1965–1972. In college, MacMurray participated in numerous local bands, playing the saxophone. In 1930, he played saxophone in the Gus Arnheim and his Coconut Grove Orchestra when Bing Crosby was the lead vocalist and Russ Columbo was in the violin section. Although his early film work is largely overlooked by film historians and critics today, he rose steadily within the ranks of Paramount’s contract stars, working with some of Hollywood’s greatest talents. In 1939, artist C.C. Beck used MacMurray as the initial model for the superhero character who became Fawcett Comics’ Captain Marvel. MacMurray was nominated for a Golden Globe Award for Best Actor in a Motion Picture Musical or Comedy for “The Absent-Minded Professor” (1961). MacMurray was the first person honored as a Disney Legend (1987). MacMurray was married twice. He married Lillian Lamont (Lilian Wehmhoener MacMurray) on June 20, 1936 and the couple adopted two children, Susan (born 1940) and Robert (born 1946). After wife Lillian died of cancer on June 22, 1953, MacMurray married actress June Haver the following year. He and Haver adopted two more children, twins Katherine and Laurie (born 1956). The couple remained married until Fred’s death on November 5, 1991. Frederick Martin “Fred” MacMurray was entombed in Holy Cross Cemetery. In 2005, his second wife June Haver, aged 79, was entombed with her husband.

I do enough pictures so I ran play golf and go up to my ranch once in awhile. This is what I worked towards when I began in this business in 1934. 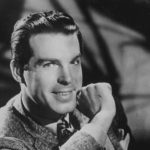 Years ago my fans consisted almost strictly of adults.

You'd think people would regard you as an actor and you could play anything. But with TV they regard you almost as a member of the family.

I'm an actor. That proves how lazy I am. It's foolish to take on any other jobs.

I would never do comedy on TV.