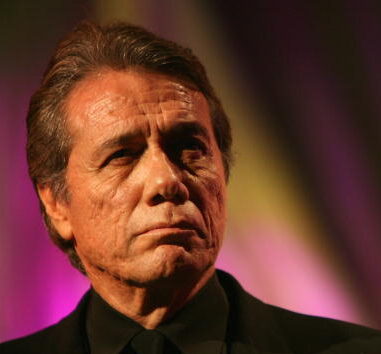 How wealthy is Edward James Olmos? What is his salary? Find out below:

Career: In the late 1960s, Olmos began appearing in theatrical productions, and in 1979, he made his Broadway debut in Luis Valdez’s “Zoot Suit.” His performance as El Pachuco, the narrator, earned him a Theatre World Award and a Tony nomination. Edward reprised his role in the 1981 film adaptation. In 1974, Olmos had an uncredited role in the film “Black Fist” and guest-starred on the CBS detective series “Cannon.” Soon after, he appeared in the films “Aloha Bobby and Rose” (1975), “Alambrista!” (1977), “Fukkatsu no hi” (1980), and “Wolfen” (1981) and guest-starred on “Kojak” (1975), “Hawaii Five-O” (1977), and “CHiPs” (1978). In 1981, Edward played Gaff in “Blade Runner,” and in 2017, he voiced the character in the short film “Blade Runner Black Out 2022” and had a cameo in “Blade Runner 2049.” Olmos then co-starred with Don Johnson and Philip Michael Thomas on the popular NBC series “Miami Vice,” appearing in 106 episodes. In 1988, he portrayed real-life math teacher Jaime Escalante in “Stand and Deliver” and earned a Best Actor Academy Award nomination. In 2011, the film was preserved in the National Film Registry of the Library of Congress, an honor reserved for works that are “culturally, historically, or aesthetically significant.”

Personal Life: Edward married Kaija Keel in 1971, and they welcomed sons Mico and Bodie before splitting up in 1992. Olmos has also adopted four children: Michael, Daniela, Brandon, and Tamiko. Two years after his divorce, Edward married actress Lorraine Bracco, and they divorced in 2002, five years after separating. He went on to wed actress Lymari Nadal later that year, and they ended their relationship in 2013. In 1992, Olmos was accused of inappropriately touching a woman while they watched TV together; though he denied the allegations, Edward paid the woman $150,000. In 1997, he was accused of sexually assaulting a woman in a hotel room in Rock Hill, South Carolina. Olmos received his Mexican nationality in 2007, after completing a seven-year process.

I support the indigenous people anywhere in the planet. 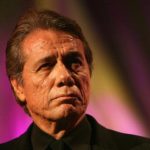 I think in Vice and American Me I played very silent, rigid characters and people remember them.

I've been in the director's chair for 'Battlestar Galactica' since its first season. I directed the only comedy that's ever been done in Galactica history.

Success is a matter of one's own feeling about oneself.

There are nuclear weapons in China, Iran, Korea and Pakistan. It wouldn't take much to send a couple of warheads off on this planet somewhere that would cause a lot of environmental damage, then if you have got someone who wants to retaliate you have real problems.