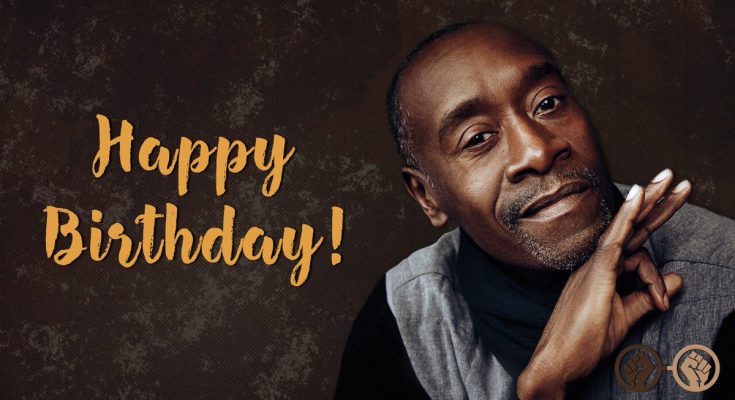 How wealthy is Don Cheadle? What is his salary? Find out below:

Don Cheadle Net Worth: Don Cheadle is an American actor who has a net worth of $35 million. Born November 29, 1964 in Kansas City, Missouri, Don Cheadle entered the California Institute for the Arts (CalArts) in Valencia, California in 1982 where he received a rigorous education in classic theatre, after which he quickly found work in television, appearing in small parts on shows such as Fame (1982-87), L.A. Law (1986-94) and Hill Street Blues (1981-97). He had a role in Picket Fences and followed it with performances in Devil in a Blue Dress (1995), Rosewood (1997) and Boogie Nights (1997). Soon after, he began collaborating with director Steven Soderbergh and appeared in the movies Out of Sight (1998), Traffic (2000) and Ocean’s Eleven (2001). Other Cheadle films include The Rat Pack (1998), Things Behind the Sun (2001), Swordfish (2001), Crash (2004), Ocean’s Twelve (2004), Ocean’s Thirteen (2007), Reign Over Me (2007), Talk to Me (2007), Traitor (2008), Iron Man 2 (2010) and Iron Man 3 (2013). In 2004, his lead role as Rwandan hotel manager Paul Rusesabagina in the genocide drama film Hotel Rwanda earned him a nomination for an Academy Award for Best Actor. As a result of his philanthropic efforts following the movie, in 2007 Cheadle was awarded the BET Humanitarian award of the year for his numerous humanitarian services rendered for the cause of the people of Darfur and Rwanda. On December 13, 2007, Cheadle and fellow actor George Clooney were presented with the Summit Peace Award by the Nobel Peace Prize Laureates in Rome for their work to stop the genocide and relieve the suffering of the people of Darfur. Cheadle was cast as Marty Kaan on the Showtime sitcom House of Lies, for which he won a Golden Globe Award in 2012 and was nominated again for the series in 2013 and 2014.

Do you also want a net worth like that of Don Cheadle? Here are some inspiring Don Cheadle quotes that might help you boost your net worth:

I think if you were to look at my resume in total you would see a lot of things that are kind of all over the map. 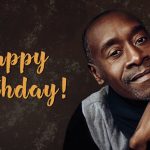 I also believe that you are what you have to defend, and if you're a black man that's always going to be the bar against which you are judged, whether you want to align yourself with those themes or not. You can think of yourself as a colourless person, but nobody else is gonna.

I prefer film to TV because of the amount of time film affords you that TV doesn't (though theater is probably my favorite and the scariest place of all).

No, it's not comfortable; I hate watching myself. You don't like when you hear your voice on your voicemail; imagine having to see yourself 30 feet wide and 30 feet big.