How wealthy is Dolph Lundgren? What is his salary? Find out below:

Early Life: Dolph Lundgren’s real name is Hans Lundgren, and he was born on November 3rd of 1957 in Spånga, Sweden. Born to parents with backgrounds in education, economics, and engineering, Hans was raised alongside two sisters in a Lutheran household. He quickly adopted the name “Dolph,” which is short for “Rudolph.” Lundgren has admitted that his father was verbally and physically abusive to him, and that this ill-treatment inspired him to excel in martial arts.

Dolph Lundgren Net Worth and Salary: Dolph Lundgren is a Swedish actor, director, and martial artist who has a net worth of $18 million. Dolph Lundgren rose to prominence in the 80s and 90s, becoming one of the world’s most famous action stars. Lundgren emerged as a versatile actor who was able to play the role of hero or villain with equal ease.

When I started studying acting in New York, I didn’t plan to be an action hero. I just wanted to learn acting because I felt it was something I needed to try to do for myself, to express something, my inner pain, or something I couldn’t get out. 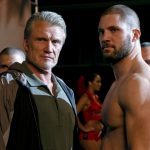 I think by planning an exercise regime, your diet follows to some extent.

Having bodyguards is just part of being famous, I think.

I discovered martial arts, first judo and then karate, and I became quite good at it, because I had something to prove. And more than anything, I needed to feel safe.

I try to keep the martial arts up. It’s a good thing, not just physically but also for your mind.